To share your memory on the wall of Andrew Hicks, sign in using one of the following options:

Andrew Hicks, Jr. was born March 10, 1929 in Atlanta, Georgia to the late Maggie Horton ... Read More
THE WEBCAST OF THE SERVICE CAN BE FOUND IN THE PHOTOS & VIDEOS SECTION

Andrew Hicks, Jr. was born March 10, 1929 in Atlanta, Georgia to the late Maggie Horton and Andrew Hicks, Sr. He was the second born and only son with three sisters. He was educated in the Atlanta Public School System. In 1954, he committed himself to love and fatherhood in his marriage to the late Mrs. Charlie Mae Hicks. Later in life, he married Mrs. Francis Freeman Hicks whom preceded him in death. On Wednesday, October 21, 2020 he transitioned peacefully to his eternal home.

Andrew lived a life of service and love to his family, to his church (Salem Bible Church) where he served as a member of the Doorkeepers and he served his community at the Lou Walker Senior Center, Lithonia, Georgia. At Lou Walker, he was a member of The Travel Club, The Drama Club, The Volunteer Ambassadors and The Comedy Club. He was a symbol of strength wherever he served.

He will be greatly missed by his family, friends and all of those that knew him.

"For I am now ready to be offered, and the time of my departure is at hand. I fought a good fight, I have finished my course, I have kept the faith"
~ 2 Timothy 4:6-7
Read Less

To send flowers to the family or plant a tree in memory of Andrew Hicks Jr., please visit our Heartfelt Sympathies Store.

Receive notifications about information and event scheduling for Andrew

We encourage you to share your most beloved memories of Andrew here, so that the family and other loved ones can always see it. You can upload cherished photographs, or share your favorite stories, and can even comment on those shared by others.

Posted Oct 28, 2020 at 10:38am
To the family of our beloved Andrew Hicks:
"Promises of God's Comfort & Hope"
Jesus said. . . "I am the resurrection and the life. Those who believe in Me, even though they die, will live, and everyone who lives and believes in Me will never die." John 11:25-26
We shall always cherish the many moments & events that Andrew displayed his exceptional theatrical talents.
Love Always,
Gwen Thomas & The Silver Wings Performing Arts Group
Comment Share
Share via:
A

Posted Oct 28, 2020 at 12:49am
Andrew Hicks will always be remembered in our hearts as a great and unique stage play performer with Past Prime Players Inc performing arts group. Sending prayers up for the Hicks family & loved ones.
Antrunika
Comment Share
Share via:
GB

The pain and sorrow we feel at the loss of our beloved friend Andrew is immeasurable. Concurrently, we take solace in believing that he is resting in the bosom of his Creator. Sleep on Andrew and take your rest
Comment Share
Share via:
AH

Posted Oct 26, 2020 at 05:10pm
My condolences to Andrew Hicks family and friends. He will be truly missed by many. Rest In Peace my friend

My condolences to the family. I will pray for continued strength during this time. 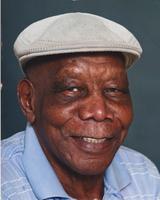 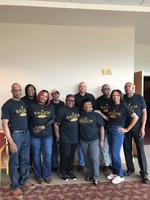 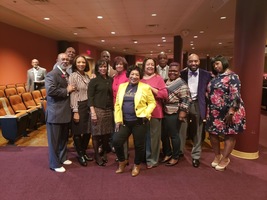