To share your memory on the wall of Arnetta Linzy-Horton, sign in using one of the following options:

Arnetta went on to work at Colony Square in the Hospitality field. She quickly moved up within the company and became a Supervisor. Arnetta received numerous awards during her time at Colony Square for her excellent service.

In 2007, Arnetta met the love of her life, Leon Horton. The two dated for eight years and were married February 12, 2015. Arnetta was a faithful and dedicated member of Changing A Generation Full Gospel Baptist Church in Atlanta, Georgia. She enjoyed listening to gospel music and spending time with her grandchildren. She was best known for her loving, caring, and outgoing personality. She will truly be missed by all.

Her presence will forever be felt in the hearts of her beloved family: her stepmother, Margaret Josey, her husband, Leon Horton, her children, Shunqueta (Nick) Newman, Torrus (Lori) McGill, and Carl (Calitha) McGill, Jr., 16 grandchildren, 2 great-grandchildren, her siblings, Jason and Jennifer, niece, nephew, aunts, and a host of family and friends.
Read Less

To send flowers to the family or plant a tree in memory of Arnetta Mayalia "Netta" Linzy-Horton (Josey), please visit our Heartfelt Sympathies Store.

Receive notifications about information and event scheduling for Arnetta

We encourage you to share your most beloved memories of Arnetta here, so that the family and other loved ones can always see it. You can upload cherished photographs, or share your favorite stories, and can even comment on those shared by others.

The Parsons ETO Group, Leon, and other have sent flowers to the family of Arnetta Mayalia "Netta" Linzy-Horton (Josey).
Show you care by sending flowers

Leon purchased flowers and planted a memorial tree for the family of Arnetta Linzy-Horton. Send Flowers

Posted Jun 15, 2020 at 08:59pm
As I send my prayers I will continue to pray for peace confront and strength during this time and beyond this day.Love Montavia

Posted Jun 13, 2020 at 07:04pm
I will miss our talks and sharing laughs. I'm so glad I got to tell you I Love you one more time before you earned your wings. Rest in peace my sister. You did well. 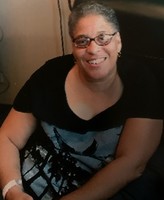