To share your memory on the wall of Cedric McDowell, sign in using one of the following options:

Print
Cedric Denard McDowell was born to Rudine McDowell and Willie Moore in Atlanta, GA on May 27, 1974.

Cedric was an outgoing human being that loved to travel and be around family and friends. His number one thing in life was making sure... Read More
Cedric Denard McDowell was born to Rudine McDowell and Willie Moore in Atlanta, GA on May 27, 1974.

Cedric was an outgoing human being that loved to travel and be around family and friends. His number one thing in life was making sure that his children, mom, and siblings was taken care of. Kevin and Cedric were very close growing up. Cedric was Kevin’s keeper and Kevin always looked up to Cedric.

Cedric gave his life to Christ at an early age. On July 10, 1991, Cedric became a father and it was the beginning of his journey to manhood. Another one of Cedric’s greatest accomplishments was receiving his GED. Shortly after receiving his GED, he was employed by Chatham Landscaping for a number of years.
It was never a dull moment when Cedric was around with his jive talking and his jokes. Cedric spoke from the heart. He always came up with his own sayings that would seem to leave a lasting impression on you. He was free spirited and never backed down from what he believed in.

To send flowers to the family or plant a tree in memory of Cedric Denard McDowell, please visit our Heartfelt Sympathies Store.

Receive notifications about information and event scheduling for Cedric

We encourage you to share your most beloved memories of Cedric here, so that the family and other loved ones can always see it. You can upload cherished photographs, or share your favorite stories, and can even comment on those shared by others.

Lyric Dior and Kiana A sent flowers to the family of Cedric Denard McDowell.
Show you care by sending flowers

Posted Dec 23, 2019 at 07:33am
I remember growing up playing sports, u were truly the best at it. You will always be remembered for being kind and generous. Rest easy my friend, I will never forget you. Love Dwana (ShooShoo). Forever!❤
Comment Share
Share via:
LD

Posted Dec 22, 2019 at 09:33am
I will be sad that you are gone, but I will cherish our memories for a lifetime. I thank God we were able to spend your last days together.

Lyric Dior purchased the Sentiments of Serenity Spray and planted a memorial tree for the family of Cedric McDowell. Send Flowers

Kiana A purchased flowers for the family of Cedric McDowell. Send Flowers

Posted Dec 20, 2019 at 05:14pm
My brother/nephew I will always remember our time I know you know GOD and he loves u more. I promise to hold it down just as u would. UNDERSTAND ME !!!!! Love ya your sister /auntie TWIN
Comment Share
Share via: 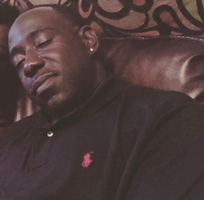 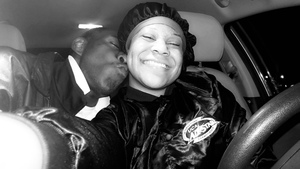