To share your memory on the wall of Cheryl Fulton, sign in using one of the following options:

Cheryl lived a rich and fascinating life. She was a music connoisseur. She loved music and felt that it was created as a mechanism to ease your soul and personally connect with God. Music kept several life memories alive for her in her heart.

She was married to Robert Vines, and later married John L. Fulton Jr. From this union, her daughter, Torchet “Tiki” Fulton-White (Desoto, TX), was born.

To send flowers to the family or plant a tree in memory of Cheryl Denise Fulton (Wilson), please visit our Heartfelt Sympathies Store.

Receive notifications about information and event scheduling for Cheryl

We encourage you to share your most beloved memories of Cheryl here, so that the family and other loved ones can always see it. You can upload cherished photographs, or share your favorite stories, and can even comment on those shared by others.

Posted Aug 15, 2020 at 09:54pm
My mom was such an awesome woman!!! She taught me soooo much through the years! I am forever grateful!!! Her kindness and realness is what I will miss the most!!!
We laughed often and she always had a great story to share about her younger days! She absolutely loved music and always made sure to relate her life experiences to time-frames by the memories from music! And as I get older, I am the same exact way! I can tell you exactly where I was and what I was doing when I hear specific songs!
I love you mommy and thank you so much for being my biggest fan in life. I am the woman I am today because you loved me with all of your heart!! Fly high and please ask God to watch over me for the rest of my days!

Posted Aug 14, 2020 at 01:03pm
Rest in sweet peace and the safety of His arms Cheryl! Our times together since birth and being told we were “cousins” were special and fun. From the mayo sandwiches and Aunties banana pudding to weddings and daughters we shared a lot of happy times, and I always knew you had my back if difficulty arose.
...To be absent from the body is to be present with the Lord. (2nd Corinthians 5:8). Until we meet again.
Roslyn “Cherrie” Harper
Comment Share
Share via:
TW

Thank you for your kind words about my mom!! I've heard your name through the years and would love to meet you ! May God bless you now and forever more. Tiki
BF

Posted Aug 13, 2020 at 12:07pm
To the Family of Cheryl, please accept my condolences. I have had the pleasure of knowing Cheryl since childhood. She always had such a beautiful spirit, her personality and smile would light up any surrounding. Thank you Cheryl for the good times and laughs we shared on Lena. 🙏
Comment Share
Share via:
TW

Thank you for your kind words! I feel as if I lived on Lena Street with you all. I've heard so many great things about Washington Park and Lena Street! May God bless you and your family!! I am missing my mama already!!! Tiki 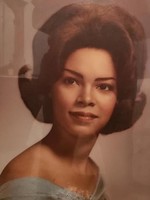 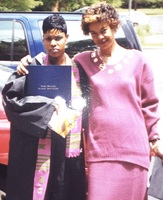 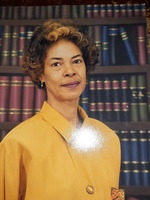