To share your memory on the wall of Damone Turner, sign in using one of the following options:

Print
Damone Maurice Turner was born July 28,1971 in Chicago Illinois at Cooke County Hospital to Homer Gay Sr. and Elaine Turner. Damone was the only child from this relationship.

Damone grew up in Gary Indiana and Milwaukee Wi. While in Mi... Read More
Damone Maurice Turner was born July 28,1971 in Chicago Illinois at Cooke County Hospital to Homer Gay Sr. and Elaine Turner. Damone was the only child from this relationship.

Damone grew up in Gary Indiana and Milwaukee Wi. While in Milwaukee he attended Harold S. Vincent High School where he played basketball, football and ran track and lettered in each of these sports. After high school he attended Jackson State University in Jackson Mississippi.

Damone became a father on April 18,1996 to Sydnei Iman Turner. In the fall of 2000 Damone met Daria Rawlings, the two dated for several years and were married on October 26, 2002. To this union was born one son Zachary Damone Turner on January 12, 2004.

While Damone had various occupations during his life he found great success as a sports officiant. He was an officiant for volleyball, basketball, football but his love was baseball. He was involved in several umpire organizations at the College and Travel level and could be found on various fields on any given day. He was known as ”Mo” in the umpire world and served as an incredible mentor and helped many umpires get better and achieve their umpiring goals. One of the many highlights of his umpire career was getting to work the 2019 Perfect Game All American Game in San Diego California.

While in Jackson Mississippi Damone became a member of the Ancient Free and Accepted Masons on January 25,1993. He could also be found donating his time to many charitable organizations and spending time with family and close friends.

To send flowers to the family or plant a tree in memory of Damone Maurice "Moe" Turner, please visit our Heartfelt Sympathies Store.

Receive notifications about information and event scheduling for Damone

We encourage you to share your most beloved memories of Damone here, so that the family and other loved ones can always see it. You can upload cherished photographs, or share your favorite stories, and can even comment on those shared by others.

Posted Oct 29, 2020 at 08:51am
To my new extended family, I'm truly sorry I couldn't be there with you. I will always miss Damone, but I look forward to building with you!

Posted Oct 24, 2020 at 05:56pm
Sincere condolences and deepest regrets in your loss. I officiated basketball with Mo. RIP and May God Bless
Comment Share
Share via:
HS

Posted Oct 24, 2020 at 12:48pm
Please accept our most heartfelt sympathies for your loss. Our thoughts and prayers are with you during this difficult time.

Flowers were purchased and a memorial tree planted for the family of Damone Turner. Send Flowers 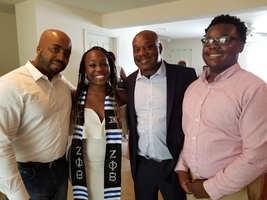 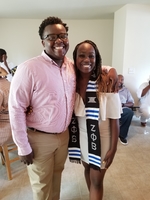 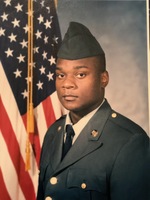