To share your memory on the wall of Georgia Hall, sign in using one of the following options:

Georgia’s religious experiences were acquired through memberships at St. Peter’s A.M.E. Zion Church in Detroit, Michigan, and Warren Methodist Church and Bowen Methodist Church in Atlanta, Georgia, where she served as a member of the Board of Trustees under the leadership of Rev. Horace Fisher.

Georgia was a 1942 graduate of William H. Spencer High School in Columbus, Georgia. She also attended Wayne University and Lewis Business School in Detroit, Michigan. She was a graduate of Carver Vocational Night School, majoring in Secretarial Science, and attended Atlanta Vocational School with interest in Computer Science.

Georgia married the late Theodore A. Hall on March 20, 1945 in Tampa, Florida. This union was blessed with two sons, Theodore Darrick and Michael Shawn.Georgia retired from the Fulton County Board of Education after 32 years of service as an administrative secretary in the Department of Instruction. She served as a member of the Board of Directors for the Fulton County Credit Union.

Georgia loved and enjoyed studying genealogy. She discovered over 1,000 fourth cousins or closer via Ancestry.com. She volunteered as a tax preparer at the local library and participated as a poll worker during local, state and national elections.

To send flowers to the family or plant a tree in memory of Georgia Magdalene Hall (Johnson), please visit our Heartfelt Sympathies Store.

Receive notifications about information and event scheduling for Georgia

We encourage you to share your most beloved memories of Georgia here, so that the family and other loved ones can always see it. You can upload cherished photographs, or share your favorite stories, and can even comment on those shared by others.

Crissy & Sylvester Austin, Tiffany H. Walker, PhD, and other have sent flowers to the family of Georgia Magdalene Hall (Johnson).
Show you care by sending flowers

Posted Jul 10, 2020 at 02:34pm
Our deepest condolences to the Hall family on Aunt Georgia's passing. As the family genealogist, Aunt Georgia was always willing to talk about and share what she had learned about our family history! Rest in Peace!

Posted Jul 09, 2020 at 06:02pm
With loving memories of Aunt Georgia - Willie and Tiffany Walker and Sons (Jaren and Justin). 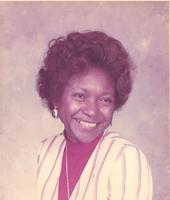 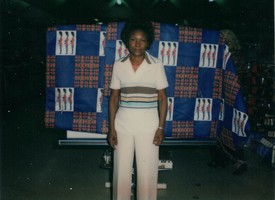 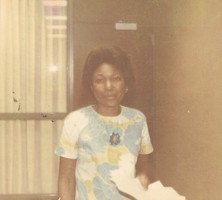