To share your memory on the wall of Gwendolyn Carswell, sign in using one of the following options:

Gwen was always very curious and very smart. As a young girl, she followed fire trucks to the scene to see what was happening. She was also very attentive and intelligent. Although she did not complete high school, people often thought she was a teacher because she spoke so well. This was always a source of pride for her. She read the newspaper every day and could tell you what was going on in the business world and society in general. Admitting to having a tremendous “sweet tooth” she baked two cakes every weekend, and how she loved eating that cake with ice cream!

Gwendolyn valued her family and friends, always looking out for her neighbors for whom she had great affection. Shopping with and for the neighbors on the weekends, going door-to-door for the March of Dimes campaign, she taught her children to be of service to others. She joined Elizabeth Baptist Church in 1962 where she served faithfully on the usher board for many years.

Gwen was preceded in death by her husband, Thomas, in 2000, her only sister, Mary Alice, in 2013, and her son, Robert “Bobby” Stokes, in 2018. She is survived by three daughters, JoAnne Smith, of Detroit, MI, Deborah Harris (Don), and Jan Carswell both of Atlanta; grandchildren, Karen “Neicy” Session, Michael Aaron (Kathy), Sydni Williamson, and Langston Harris; great-grandchildren, Richard Session (Eva), Erica Session, Kaleb and Kameron Aaron, Michael III and Ryan Aaron, Alaiyah Harris, and Shannon McCloud; great-great grandchildren, Symone, Symiah, and Shelbi; and a host of family members and great friends who loved her as she loved them.
Read Less

To send flowers to the family or plant a tree in memory of Gwendolyn Carswell (Gilyard), please visit our Heartfelt Sympathies Store.

Receive notifications about information and event scheduling for Gwendolyn

We encourage you to share your most beloved memories of Gwendolyn here, so that the family and other loved ones can always see it. You can upload cherished photographs, or share your favorite stories, and can even comment on those shared by others.

Aisha Harris, Lynda McClenton & The Florida Family -WILSON/GILYA, and other have sent flowers to the family of Gwendolyn Carswell (Gilyard).
Show you care by sending flowers

Posted Jun 05, 2020 at 06:26pm
To the family and especially my friend Jan: My deepest sympathies for your loss. She is in heaven with the Lord as we speak. God Bless all of you.

On behalf of the Galilee Hour of Power (Detroit) we extend our heartfelt sympathy and prayers as you celebrate the life of your mother, Mrs. Gwendolyn Carswell. " Jesus said to her, “I am the resurrection and the life.d Whoever believes in me, though he die, yet shall he live, and everyone who lives and believes in me shall never die. Do you believe this?” (john 11:25-26. ESV.) May God grant you peace and comfort through your memories. Sis. Tina Bryant, Dean; Dea. Robert Carter, Superintendent; Rev. Tellis Chapman, Pastor
Comment Share
Share via:
G

Aisha Harris purchased the Your Light Shines for the family of Gwendolyn Carswell. Send Flowers

Posted May 29, 2020 at 08:28am
Heartfelt condolences to the family of Mrs. Gwen Carswell. We have known and loved this family since we were children growing up in the Adamsville community. Words cannot express our deep sense of loss at the passing of your dear mother. May you find comfort in knowing that she loved the Lord.
Willie and Cynthia Slaton
C.L. Harper High School Class of 1974 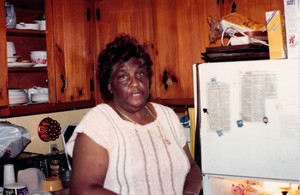 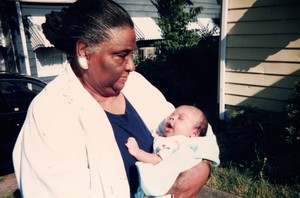