To share your memory on the wall of James Allen, sign in using one of the following options:

Mr. James Allen Jr. was born on June 16, 1931 in Elberton, Georgia to the late James Allen Sr. and Mary Jane Washington. After graduating high school, he enlisted in ... Read More
THE WEBCAST OF THE SERVICE CAN BE FOUND IN THE PHOTOS & VIDEOS SECTION

Mr. James Allen Jr. was born on June 16, 1931 in Elberton, Georgia to the late James Allen Sr. and Mary Jane Washington. After graduating high school, he enlisted in the United States Army in 1948; where he served as a Personnel Management Specialist, saw combat action in the Korean War and received an honorable discharge in 1956.

Mr. Allen relocated to Philadelphia, PA in 1957 and worked as an optical technician for the Wolfman Optical Company until 1963. In 1964, he relocated to Atlanta, GA and began his career with the Atlanta Housing Authority (AHA) as an Extermination Specialist. During his tenure at AHA, Mr. Allen gained a reputation as a fierce advocate for the employees and residents; and after his retirement in 1993, he became a resident of AHA’s Hightower Manor Senior High Rise.

Always a leading force in the civic community, Mr. Allen was elected Vice President of the Hightower Manor Resident Association in 1994 and he served his fellow residents with compassion, dedication and vigor. He was also instrumental in the revitalization of the Martin Luther King Jr. Drive corridor and worked alongside several organizations, including the MLK Merchants Association in these efforts. Mr. Allen served on the Atlanta Commission on Aging, was a senior ambassador to the Adamsville Recreation Center and was a member of the Zone 4 Community Prosecutor’s Court Watch Team. One of Mr. Allen’s crowning civic achievements was the construction of a new, state-of-the-art Adamsville Recreation Center in 2003, which was later renamed for his longtime friend and retired District 10 Councilmember, C.T. Martin, in 2017.

In 2010, Mayor Kasim Reed appointed Mr. Allen to Atlanta Housing Authority’s Board of Commissioners, where he faithfully and dutifully led the organization through some of its greatest achievements, including the securing of a $30 million grant from the Obama Administration to revitalize the Historic West Atlanta neighborhoods of Ashview Heights, the Atlanta University Center and Vine City. It is believed that Mr. Allen is the only person in Atlanta Housing’s history to have retired from the agency, resided in an AHA community and served on the Board of Commissioners. His fellow Atlanta Housing board members, the residents and employees were near and dear to his heart and many were like family to him.

Mr. James Allen’s proudest accomplishments were his children and he leaves to cherish his memory; Terry (Yvette), Sheila and Rev. Michael (Hazel). He was also the proud grandfather of Tera, Terrence (Bridget), Merissa, Soria, Alishea, Terri Jessica aka TJ and a host of other grandchildren. A doting great grandfather, Mr. Allen considered CeeJay, Cayden, Nehemiah, Ceyanna, Ryder, Zachariah, a new bundle of joy on the way and a host of additional great grandchildren as the apples of his eye. Ms. Eleanor Jones is Mr. Allen’s only living sibling and he is preceded in death by his former wife, Ms. Laura B. Allen.
Read Less

To send flowers to the family or plant a tree in memory of James "Jimmy" Allen Jr., please visit our Heartfelt Sympathies Store.

My sincere sympathy, Tracy Jones, Rob, MaKara, Chace, Robert and River Rumley, and other have sent flowers to the family of James "Jimmy" Allen Jr.
Show you care by sending flowers

Posted Jun 27, 2020 at 09:26am
Commissioner Allen was deeply loved by the entire Atlanta Housing Family. His gentleness of spirit and down to earth personality always made it easy to connect with him about anything. In my last conversation with him, we chatted about his beloved city of Atlanta and particularly the Westside, the pandemic, Black Lives Matter and God. Truly a giant of a man with an even bigger heart. I will miss the light in his eyes and the tidbits of wisdom he so often shared.

Posted Jun 26, 2020 at 08:41am
With loving memories of "James Allen", a tree is planted in His Honor to represent His Sweet and Eternal presence with us.

Posted Jun 25, 2020 at 09:07pm
Our deepest condolences to the Allen Family. Commissioner James Allen was a giant and a father figure to us all. Thank you for sharing him with us. 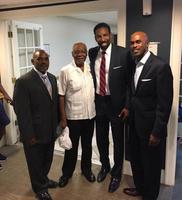 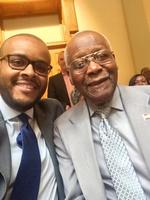 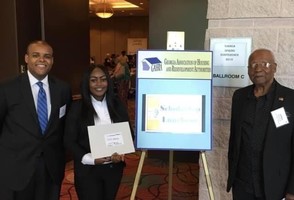