To share your memory on the wall of James Farmer, sign in using one of the following options:

Print
James H. Farmer was born on April 23, 1933 in Atlanta, Georgia to the late Henry and Lola Farmer.

James was educated, graduated from High School, and enlisted in the U.S. Armed Forces. He served in the Air Force from 1951-1955, serving ... Read More
James H. Farmer was born on April 23, 1933 in Atlanta, Georgia to the late Henry and Lola Farmer.

James was a Chef at Spelman College for years (he enjoyed cooking) and he also worked as a postal clerk for the United States Postal Service.

His favorite scripture was James 4:8a “Draw nigh to God, and He will draw nigh to you.”

To send flowers to the family or plant a tree in memory of James Henry Farmer, please visit our Heartfelt Sympathies Store.

Posted Sep 12, 2020 at 07:24am
Wishing you peace to bring comfort, courage to face the days ahead and loving memories to forever hold in your hearts. We love you.

Flowers were purchased for the family of James Farmer. Send Flowers 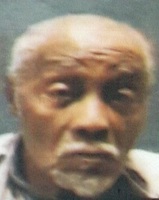