To share your memory on the wall of James Pinkney, sign in using one of the following options:

Provide comfort for the family of James Pinkney with a meaningful gesture of sympathy.

James attended West Elementary School and Lincoln Heights Middle School then later graduated from Morristown West High School where he was a standout student involved in numerous school activities and clubs. He was also an active member of the Boy Scouts and the Boys and Girls Clubs of America where he was once named Boy of the Month. His high school years saw a development of his love for theater and performance art where he was a notable member of the school concert choir in productions including Guys and Dolls and Hello Dolly. Also a member of the Morristown Theater Guild, James was cast in the ‘key’ role as the tree in the Wizard of Oz.

Upon graduation from high school, James relocated to Atlanta, Georgia where he matriculated at Gupton-Jones College of Funeral Service. It was during this period that he began his tenure of thirty-plus years as a funeral associate with Herschel Thornton Mortuary. James never viewed his time at Thornton as ‘work’ and took pride in his service to others in their time of sorrow.

His church affiliation began at an early age at Bethel Baptist Church of Morristown, Tennessee where following the lead of his maternal grandmother, “Nenny”, he quickly grew to love the Lord and God’s word.

A high point in James’ life after moving to Atlanta was when he united with Zion Hill Baptist Church where he was an active member of the Courtesy Guild, the Sounds of Zion and the Voices of Oluwa. James looked forward to singing every first and third Sunday and always had a vibrant smile on his face whenever he was in the choir loft. That same smile was also instrumental in his mission of welcoming visitors to Zion Hill as a member of the Courtesy Guild. There was no end to his love for his church family and he served diligently until his untimely death.

James developed a love for food at an early age and spent countless hours at his grandmother’s side in the kitchen ultimately leading to a skillful hand at cooking which some consider nothing short of a self-taught culinary genius! He also found great pleasure in classic 80s pop hits and smooth jazz and was a HUGE science fiction and Marvel/DC comics buff. Many people may not know this but James was also a football fan and LOVED his Pittsburgh Steelers!

Though James’ health challenges were significant, he NEVER complained about his struggles. To the contrary, he was typically concerned with the health and wellbeing of his friends and family and often went out of his way to tend to the needs of those he cared for.

James was preceded in death by his mother, Joyce Georgianna Pinkney and his grandmother, Marie “Nenny” Bowditch-PInkney. A devoted brother, uncle, and friend, James especially adored his nieces, Aretha Pinkney of Boston, Massachusetts, Caitlin Pinkney of Morristown, Tennessee and Kaley Neal of Savannah, Georgia, who gave him great comfort and joy. In addition to his loving nieces, he leaves to cherish his memory two siblings, Chotal Pinkney of the home, Maria Alicia Pinkney-Bradley (husband) of Pompano Beach, Florida, nephews, Jordan Pinkney and Christopher Pinkney also of Pompano Beach, Florida, his closest friend, Christopher Beckwith, daytime running buddy, Raymond “Raheem” Foster, Godparents Zora and Velasque Russell, and a host of friends and family whom he cared for deeply.

The family respectfully requests in lieu of flowers, donations can be made towards the James Edwards Pinkney Memorial Fund.
Read Less

Posted Jan 17, 2019 at 05:53pm
To the Pinkney family, please accept my sincere condolences for your loss. May the God of all comfort caress your hearts with his loving promise to reunite you together again in Paradise. The scripture at Revelation 21:3-4 tell us that " God will wipe out every tear from their eyes, and death will be no more". May these few words comfort you during your time of grief.
Comment Share
Share via:
W

Posted Jan 06, 2019 at 06:17am
To James Edward Pinkney family, We can look forward to a better future when those in the grave will be brought back to life on earth. At Revelation 21:3,4 it describe what conditions on earth will be like. To learn more about the hope for the dead please watch the video on jw.org
Comment Share
Share via:
HS

Posted Jan 04, 2019 at 10:28pm
May your soul be at peace my fellow dialysis warrior. You have earned your wings. We will miss you Mr. Pinkney...
Comment Share
Share via:
J

Posted Jan 03, 2019 at 02:14pm
To Mr. James Edward Pinkney family, please accept my sincere condolences for your loss. May the God of all comfort caress your hearts with his loving promise to reunite you together again in Paradise. The scripture at Revelation 21:3-4 tell us that " God will wipe out every tear from their eyes, and death will be no more". May these few words comfort you during your time of grief.
Comment Share
Share via: 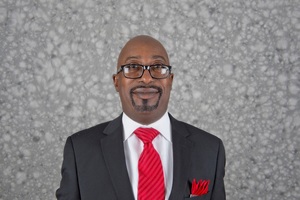 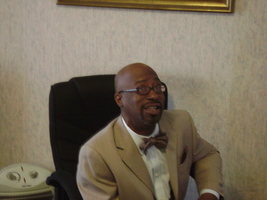 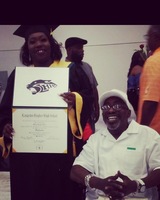