To share your memory on the wall of Johnny Smith, sign in using one of the following options:

Print
Johnny Bernard “JB” Smith, Jr. was born in Pitts, GA to the late Johnny B., Sr. and Ellen Nora Leach Smith. He was preceded in death by twin brothers and a sister, Evelyn Leach Maske.

Johnny was educated in the Atlanta Public Schoo... Read More
Johnny Bernard “JB” Smith, Jr. was born in Pitts, GA to the late Johnny B., Sr. and Ellen Nora Leach Smith. He was preceded in death by twin brothers and a sister, Evelyn Leach Maske.

Johnny was educated in the Atlanta Public Schools System and was a proud graduate of Booker T. Washington High School. After high school, Johnny served in both the Navy and Army, fighting in the Korean War. Following his military service, Johnny returned to Atlanta and enrolled in Morris Brown College, where he was a member of the marching band. He graduated in the class of 1959 and always spoke of his alma mater with great pride and fondness.

Johnny was a carpenter by trade and joined other family members in working for the construction company of his uncle, G.T. Alexander, building homes in the Hunter Street area of Atlanta. However, Johnny was able to follow his passion for music and love of traveling in his career as a saxophone player He played at various famous jazz venues around the Southeast, including the Royal Peacock and the Cotton Club. After residing in New York for a brief period, Johnny returned to Atlanta and played with the famous Bill Odum Combo.

Johnny was a free spirit who had a big personality that was accompanied by an infectious laugh. He was a proud man who truly cherished life and loved to have a good time. He never met a stranger and was always willing to help others. He had a remarkable memory and often drew on his Christian Science faith and Native American heritage for peace, healing, and comfort.

Johnny’s greatest joy was found in spending time with family. He was revered as the keeper of family history and younger cousins delighted in hearing his stories of times gone by. He was a genuine treasure to his family and has left an indelible legacy.

To send flowers to the family or plant a tree in memory of Johnny "JB" Smith Jr., please visit our Heartfelt Sympathies Store.

Receive notifications about information and event scheduling for Johnny

We encourage you to share your most beloved memories of Johnny here, so that the family and other loved ones can always see it. You can upload cherished photographs, or share your favorite stories, and can even comment on those shared by others.

Ted Vasilakopoulos purchased the Dreams from the Heart Bouquet for the family of Johnny Smith. Send Flowers

Posted Feb 26, 2019 at 09:32am
I’m very sorry for the loss of your dear loved one. Losing a loved one is heartbreaking. There are beautiful words of hope, strength and comfort found in ps. 34vs18; 46vs1. I hope these verses provide a measure of comfort in the days ahead
Comment Share
Share via:
M

Posted Feb 22, 2019 at 12:13pm
Dear Family, Please accept my sincere condolences on the loss of Johnny. May you be comforted beyond measure as you reflect on the solid promise of a resurrection for all who have died. (John 5:28-29) Almighty God cannot lie, his promises are our guarantee and will soon become our reality. (Titus 1:2) JW.ORG 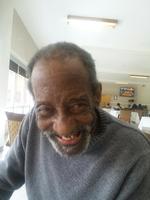 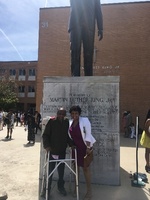 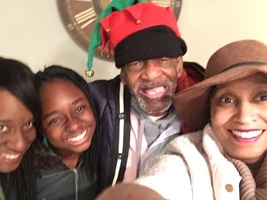 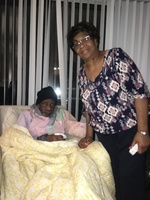