To share your memory on the wall of Kerry Roberts, sign in using one of the following options:

Provide comfort for the family of Kerry Roberts with a meaningful gesture of sympathy.

Print
Kerry Louis Roberts Sr.—Son, Father, Brother, Friend—made his transition to be with the Lord on Monday, August 19, 2019.

He was born in Lanett, Alabama on August 20, 1957 to the late Wilson Roberts Jr. and Mary Nell Roberts-Allen. ... Read More
Kerry Louis Roberts Sr.—Son, Father, Brother, Friend—made his transition to be with the Lord on Monday, August 19, 2019.

He was born in Lanett, Alabama on August 20, 1957 to the late Wilson Roberts Jr. and Mary Nell Roberts-Allen. He was preceded in death by his son, Kerry Louis Roberts Jr., grandmother Mary M. Roberts, sister Elfreida Roberts Brown, and brother, Otis Roberts. He obtained his education through the Atlanta Public School System and was a 1975 graduate of Joseph E. Brown High School.

Following high school, Kerry married Anna Jones, and to that union three children were born—Shemika Jones-Terrell, Taketa Roberts, and Kerry Louis Roberts Jr. He enlisted in the United States Army and served his country proudly until he was honorably discharged.

At an early age, his mother and grandmother introduced him to Jesus Christ through home bible studies.

He loved painting and doing minor repairs. He was well known in his community for always lending a helping hand to others.

To send flowers to the family or plant a tree in memory of Kerry Louis Roberts Sr., please visit our Heartfelt Sympathies Store.

Receive notifications about information and event scheduling for Kerry

We encourage you to share your most beloved memories of Kerry here, so that the family and other loved ones can always see it. You can upload cherished photographs, or share your favorite stories, and can even comment on those shared by others. 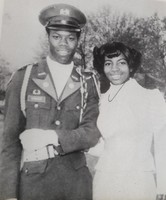 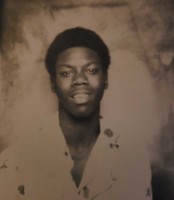