To share your memory on the wall of LaFaye Weaver, sign in using one of the following options:

Provide comfort for the family of LaFaye Weaver with a meaningful gesture of sympathy.

Print
LaFaye Weaver was born on December 18th, 1952 at Grady Memorial Hospital in Atlanta, GA to Alice Isreal and the late Joseph B. Isreal. She was the eldest of four children: JoAnn Beasley, Joseph B. Isreal II and Darryl Isreal.

LaFaye wa... Read More
LaFaye Weaver was born on December 18th, 1952 at Grady Memorial Hospital in Atlanta, GA to Alice Isreal and the late Joseph B. Isreal. She was the eldest of four children: JoAnn Beasley, Joseph B. Isreal II and Darryl Isreal.

LaFaye was educated in the Atlanta Public Schools System, graduating from West Fulton High School in the class of 1970. She was a very active student participating in the Dance Club, French Club, Vocational Training, The Pep Squad, Student Council, Red Cross, El Matadors and the Future Business Leaders of America.

During high school, LaFaye worked at Kmart as a customer service representative. One interesting story she’s shared about that job is chasing a robber out the door when he snatched her register. Fortunate for him he got away, but this gives you an idea that although she was a kind soul, she was not a push over. After high school she worked in data entry for First National Bank in downtown Atlanta. She then went to work for Gulf Oil doing data entry; she was a project manager for Scientific Atlanta; she was a board member for Cuffie Group Home Care, and later retired after 10 years as a school bus driver for the Dekalb County School District. She also moonlighted as a certified tax consultant for the IRS, and she was a licensed minister and evangelist.

LaFaye was married to Obie Weaver of Atlanta, GA for over 16 years. They met in 2002 through a family member and he stole her heart on their first date by doing what he does best, cooking seafood. Everyone knows how much she absolutely loved seafood. They married the following year, February 22, 2003.

LaFaye enjoyed spending time with her family and friends, especially her grandkids; listening to gospel music; eating out at various restaurants, watching People’s Court, the Big Bang Theory and old westerns. She was a loving soul, kind, honest, caring, giving and would help anyone in need.

LaFaye was called to heaven on May 20, 2019 at 5:20pm. She leaves behind her loving husband, Obie; Mother, Alice; two daughters, Kenya and Crystal (Robert); three sons Obie (Trina), Jerry, and Mario (Patrice); 12 grandchildren; one sister JoAnn (Anthony); two brothers Joseph and Darryle; and a host of other relatives and friends.


The family has established a GoFundMe page for those who are interested in contributing towards funeral expenses.

We encourage you to share your most beloved memories of LaFaye here, so that the family and other loved ones can always see it. You can upload cherished photographs, or share your favorite stories, and can even comment on those shared by others.

Posted Jun 19, 2019 at 10:21am
My sincere condolences to the Weaver family and friends. Death cause pain and grief that seems unbearable, but Almighty God cares about your grief and tears Psalm 56:8. He promises to bring back to life your love one and he is yearns to do so Acts 24:15, Job 14:14,15.
Comment Share
Share via:
S

Posted Jun 06, 2019 at 08:54am
It easy to see LaFaye is dearly loved and will surely be missed. Be comforted knowing Gods original purpose for mankind to be happy and healthy in paradise has not changed. Isa 55:11 How thankful we are that Our Heavenly Father promises to undo death and His purpose be fulfilled.
I invite you to visit jw.org. You’ll find 1-3 minute videos that help us keep this promise close to our heart.
Comment Share
Share via:
T

After reading Mrs. Isreal's obituary, its apparent that she had to be loved by many. I hope Acts 24:15, John 5:28,29, and Revelation 21:4 brings your family comfort.
Comment Share
Share via:
AC

Posted May 29, 2019 at 11:56am
We wanted to extend our condolences on the loss of our cousin LaFaye! May she RIH! Love always, The Sanders/Crescenzo Family!

Posted May 23, 2019 at 11:45pm
Dear Family, Please accept my sincere condolences on the loss of Lafaye. May you be comforted beyond measure as you reflect on the solid promise of a resurrection for all who have died. (John 5:28-29) Almighty God cannot lie, his promises are our guarantee and will soon become our reality. (Titus 1:2) JW.ORG 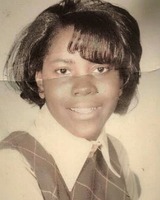 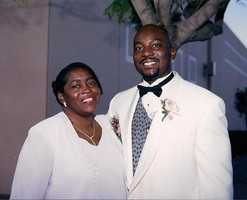 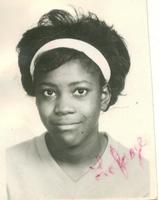