To share your memory on the wall of Lola Rucker, sign in using one of the following options:

Provide comfort for the family of Lola Rucker with a meaningful gesture of sympathy.

Print
Reverend Lola A’lene Rucker was born on November 1, 1923, in Austell, Georgia to the late Mr. Willie M. and Lola Wilson. She was the youngest of four children.

Reverend Rucker is a graduate of Booker T. Washington High School. She late... Read More
Reverend Lola A’lene Rucker was born on November 1, 1923, in Austell, Georgia to the late Mr. Willie M. and Lola Wilson. She was the youngest of four children.

Reverend Rucker is a graduate of Booker T. Washington High School. She later attended Morris Brown College for four years as a part-time student. Reverend Rucker later went on to graduate from Emory University’s Pastor School of Theology. Five years later, she returned for three additional years of advanced courses, and was ordained.

In 1974, Reverend Rucker founded Christian Faith Ministry Church where she served as pastor until she retired in 2002. In 2008 she celebrated fifty years of ministry service. Though her health had diminished in her latter years, she continued to hold on to her faith and trust in the Lord.

Reverend Rucker was truly called by God to serve. On Monday, March 25, 2019, she entered into eternal rest. Through her ministry, Reverend Rucker has impacted the lives of many. She will truly be missed by all. She leaves to cherish her memory, two grandsons, L. Perry Carter, Jr., and Andre M. Carter; great-grandchildren, Broxton M. Carter and Brooke L. Carter; and a host of other relatives and friends.
Read Less

We encourage you to share your most beloved memories of Lola here, so that the family and other loved ones can always see it. You can upload cherished photographs, or share your favorite stories, and can even comment on those shared by others.

Towanda, Love, Braxton and Brooke, and others have sent flowers to the family of Lola A'lene Rucker (Wilson).
Show you care by sending flowers

Towanda purchased the Rose Tribute for the family of Lola Rucker. Send Flowers

Braxton and Brooke purchased flowers for the family of Lola Rucker. Send Flowers

Posted Apr 04, 2019 at 09:45am
To the Family of Lola A'Lene Rucker,
Yes she will be missed, Rev.Rucker,
Beautiful smile, Wonderful spirit. May
God continue to Bless her grandsons
and there family. Sincerely, Jackson, Young,
and Crawford Family.👸
Comment Share
Share via:
RI

Posted Apr 03, 2019 at 11:21am
May the Lord bless this family at this time, I certainly will remember the wonderful words of wisdom she shared with me.
Pastor Walter Ingram
Comment Share
Share via: 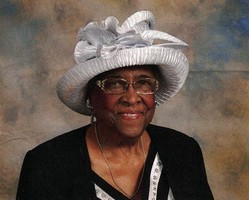 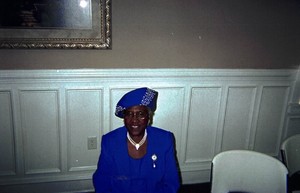 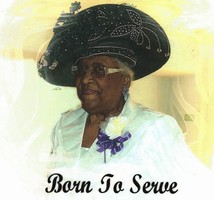