To share your memory on the wall of Lora Reed, sign in using one of the following options:

In 1950, Lora married the late Jewell Lee Mitchell, Sr. Two children were born to this union; Jewell Jr., and Catherine Ann. In 1963 she married the late Cornelius U. Reed. Lora and Cornelius shared one child together, Kathy. Later in life, Lora met Robert L. Wilson, and to their union Robin was born.

After moving to Atlanta, Lora worked at 5 Forsyth Street for ten years. She also worked for Dairy Queen for ten years. During this time she brought her uncle Aliquippa, PA in 1973, and cared for him until his death.

To send flowers to the family or plant a tree in memory of Lora Catherine Reed (Weaver), please visit our Heartfelt Sympathies Store.

Receive notifications about information and event scheduling for Lora

We encourage you to share your most beloved memories of Lora here, so that the family and other loved ones can always see it. You can upload cherished photographs, or share your favorite stories, and can even comment on those shared by others.

Posted Jul 21, 2020 at 03:49pm
Lora (as I affectionately called Ma) was the sweetest and energetic person. You would make me a pan of dressing for my birthday because she knew how much I loved your version. I loved seeing your smile, hearing you laugh and watch you do a little shimmy when your favorite song came on the radio while I hung out at her house with Robin and Mike, you will be missed greatly...rest in peace beautiful.
Love Gail
Comment Share
Share via: 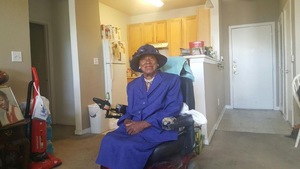