To share your memory on the wall of Nathan Young, sign in using one of the following options:

Provide comfort for the family of Nathan Young with a meaningful gesture of sympathy.

Nathan moved to Evansville, Indiana where he met Patricia Ann Robinson. They married in 1989 and had three beautiful children; Adrienne, Allison, and Lee.

He worked in retail and insurance sales and restaurant management before becoming self-employed.

Nathan was a man of many talents and wore various hats in the community. He enjoyed working and supporting many organizations in the church and the city. He was a Christian man and as a 20+ year member of Memorial Baptist Church, he served on the deacon board and was a faithful Sunday school teacher. He was a former member of the Chamber of Commerce in Evansville and former board member for United Way. Nathan served as the former President of the Evansville Kappa Alpha Psi chapter and enjoyed attending fraternity events across the country. Often, he was an inspirational speaker at various events in the city. As an avid golf enthusiast, if he wasn’t playing with friends or in tournaments, he was watching Tiger play on TV. His interests also included coaching, officiating, and attending sports games. He remained a loyal Cleveland Browns fan even during their rough years.

Nathan was a one of a kind son, father, and friend. He was the kind of person that you meet and never forget, literally. You never knew what he was going to say and his sense of humor kept you on the edge of your seat anticipating. Most people who knew him comment on his lasting wisdom, magnetism, and impacting presence. His outgoing spirit led him to embrace everyone he met. Fatherhood was of the utmost importance to him. He dedicated his life to making sure his children had the best and were the best. Although his boisterous behavior seemed somewhat embarrassing to his children, he was always a crowd favorite among their friends and kept everyone entertained in any environment. Often the loudest one on the soccer field, he was always an honorary sideline coach. He was recognized on the Tom Joyner Show in his segment “Real Fathers, Real Men” for his countless sacrifices as a father and that will forever be the best way to describe him.

He was preceded in death by his parents and brother, Gregory Young.

His empowering presence will forever be cherished. He is survived by his children, Adrienne, Allison (Brandon), and Lee; a host of cousins and relatives; and many friends and fraternity brothers who he referred to as family.
Read Less

We encourage you to share your most beloved memories of Nathan here, so that the family and other loved ones can always see it. You can upload cherished photographs, or share your favorite stories, and can even comment on those shared by others.

Guaranteed hand delivery by a local florist
A

Posted Sep 28, 2019 at 02:30pm
I have to many memories to list them all, but while driving to Evansville, I did remember to stop off in Clarksville, Tennessee to get the cheap gas. Nathan knew all the travel cheap gas spots. Nathan loved getting a deal!!!!!. I will miss you!!!
Comment Share
Share via: 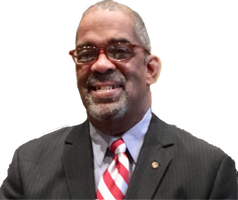