To share your memory on the wall of Nellie Brown, sign in using one of the following options:

Provide comfort for the family of Nellie Brown with a meaningful gesture of sympathy.

Print
Newness:
Nellie Jane (Hamler) Brown was born on August 11, 1928 in Waverly Hall, Georgia. She was the oldest of six children who blessed the union of the late Mr. and Mrs. Jesse Hamler, Sr.

Education:
Nellie Hamler began sch... Read More
Newness:
Nellie Jane (Hamler) Brown was born on August 11, 1928 in Waverly Hall, Georgia. She was the oldest of six children who blessed the union of the late Mr. and Mrs. Jesse Hamler, Sr.

Education:
Nellie Hamler began school in a little one-room schoolhouse called Pine Grove in Harris County. She moved to Atlanta and lived with an aunt to finish her schooling at David T. Howard. Years later, she went to Morris Brown College, where she attained a bachelor’s degree in Education. Many years afterwards, she attended Atlanta University (now Clark Atlanta University) and received a master’s degree in Educational Leadership.

Loving :
Nellie Jane first loved Jesus and was baptized at Pine Grove Baptist Church in Waverly Hall. After Nellie moved to Atlanta and transferred her membership to First Mount Pleasant Baptist Church (FMBC), she religiously attended Pine Grove every 2nd Sunday with her mother and sister in tow. At FMBC, she was a part of the A.V. Williamson Choir, and the Young Married Women’s Guild. When she retired from teaching, she participated in the Snip & Stitch Sewing Club and she began attending the Noon Day Prayer Service.
The love of her life was the late Matt Brown, who she married on August 2, 1958. Eleven years later, Matt and Nellie had a beautiful girl -- Caroline Denise Brown. Their family was complete.
Nellie loved her family very much and expressed it in many ways. She hosted birthday parties, pool parties and cookouts in her backyard, club gatherings, Revival Week dinners for the church, graduation parties, Thanksgiving dinners, Christmas parties and fish fries. Nellie Jane enjoyed traveling with family from New York to Florida to Illinois and many cruises. She and her baby sister travelled all over Europe. Nellie also loved visiting family from Virginia to Louisiana. She was always on the road!

Life:
Mrs. Brown’s first job was at Scripto Company and then after a few years, she was employed by Ann Vien Jewelry Company where she learned to make jewelry. After graduating from college, she taught first grade at Kathleen Mitchell Elementary. Later she served as a Reading Teacher at Seaborn Lee Elementary. She retired from teaching school in the Fulton County Schools after forty years of service.
Nellie was also a clever crafter. She took a few classes in sewing. Nellie sewed dresses and gowns for family and friends. She designed draperies and window treatments and other fun things like Halloween costumes and even made an item she called “Pajama Pillows.” She was also interested in flower arrangements and joined the Petunia Garden Club where she made lifelong friends.

Investments:
Nellie always had an entrepreneurial spirit. While living with her family in Atlanta, she saved money and purchased a rental house in cash. The City purchased it from her to build the (then) Fulton County Stadium. After that, they obtained another rental property. Soon afterwards, Nellie and Matt bought a club called The Player’s Choice in 1975. It was a night club where people came to drink, eat, listen to music and socialize, or purchase drinks through a drive through during the day (closed in 1977). In the late 1980s, Nellie joined Princess House as an independent sales representative. She put on many parties to show others how to display their crystal and china.

To send flowers to the family or plant a tree in memory of Nellie Brown (Hamler), please visit our Heartfelt Sympathies Store.

Receive notifications about information and event scheduling for Nellie

We encourage you to share your most beloved memories of Nellie here, so that the family and other loved ones can always see it. You can upload cherished photographs, or share your favorite stories, and can even comment on those shared by others.

Your sister Ann, Valerie S. Hunter & Charles A. Hunter Jr (Shan & C, and others have sent flowers to the family of Nellie Brown (Hamler).
Show you care by sending flowers

Guaranteed hand delivery by a local florist
YA

Your sister Ann purchased the Blooming Garden Basket for the family of Nellie Brown. Send Flowers

Posted May 19, 2020 at 08:37pm
Our Deepest Condolences.From The Robertson Family Tywanda ,Clinton and Ozzie.

Deepest sympathy, Marty and family purchased the Your Light Shines for the family of Nellie Brown. Send Flowers 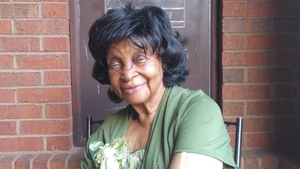 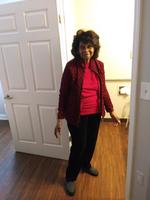 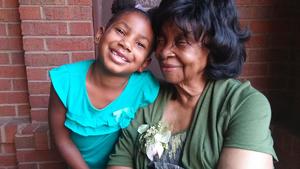 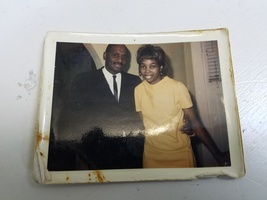