To share your memory on the wall of Skylar Sims, sign in using one of the following options:

Print
Skylar DeMarco Sims was born on September 25, 1997 in Atlanta, Georgia to the loving parents Steve Sims and Catherine Porter Jones; stepfather Roosevelt Jones, Jr. He was the first born child of his parents.

Skylar was introduced to Ch... Read More
Skylar DeMarco Sims was born on September 25, 1997 in Atlanta, Georgia to the loving parents Steve Sims and Catherine Porter Jones; stepfather Roosevelt Jones, Jr. He was the first born child of his parents.

Skylar was introduced to Christ early in life. He later became a member of Travelers Rest Missionary Baptist Church, where he worshiped for quite a while.

At an early age Skylar loved playing in water. So at age five he began swimming lessons. Skylar was very athletic. Throughout his life he participated in multiple sports including: little league baseball, football (Forest Park to Middle School), basketball, soccer, track (Woodland Middle & High School) where he broke the record in middle school, and wrestling during high school.

Skylar also had a love for reading. This early passion afforded him knowledge, which resulted in him becoming a gifted and honor roll student. Another of his passions was music. Skylar’s interest in music led him into orchestra where he played the viola from middle to high school (Woodland). There was nothing too hard for him to accomplish. Skylar was a smart, intelligent and independent young man who was full of life and was truly gifted with talent. He would give his all to any endeavor he undertook.

Skylar had a true vision of becoming a massage therapist one day. Later in life, he decided to move to Montana where he wanted to start a new life. Skylar met several new friends that ultimately became his second family. Skylar has always given his hands and heart to anyone that crosses his path. His friends, coworkers, and neighbors all spoke so highly of him. He will truly be missed by all.
Read Less

To send flowers to the family or plant a tree in memory of Skylar DeMarco Sims, please visit our Heartfelt Sympathies Store.

Receive notifications about information and event scheduling for Skylar

We encourage you to share your most beloved memories of Skylar here, so that the family and other loved ones can always see it. You can upload cherished photographs, or share your favorite stories, and can even comment on those shared by others.

Dr and Mrs E. David Autry and Friends and Your Coker Group Family sent flowers to the family of Skylar DeMarco Sims.
Show you care by sending flowers

Posted Dec 27, 2019 at 10:01am
Warmest condolences to you and your family at this difficult time. As you grieve know that we are remembering you and honoring Skylar's memory.

Your Coker Group Family purchased the Dreams from the Heart Bouquet for the family of Skylar Sims. Send Flowers 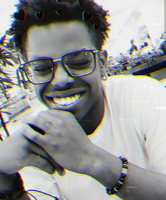 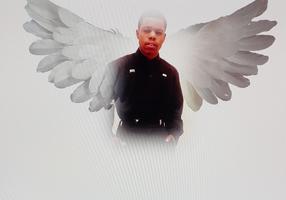