To share your memory on the wall of Stephanie Long, sign in using one of the following options:

Stephanie loved to listen to music. Music became a part of her life at a very young age. No matter if she was happy or sad, music was always there. That’s what got her through.

Stephanie Long cherished her three daughters Jowanna Long, Shauntika Williams, and Diamond Ellis. She received the blessing of having two grandchildren Janiya Coleman and London Ellis, who she loved very much. Cooking for her kids always gave her joy. Having all three of her kids around her at one time was her greatest satisfaction. Stephanie lived for children and grandchildren.

Stephanie was loved by many. In addition to her children and grandchildren she had three beautiful nieces, Joresa, Tyravia, and Jada Critten, who she also loved with all of her being. Stephanie also leaves behind her aunt and uncle, Earline Jackson and Rufus Long; siblings, Eddie Critten Jr., Tim Anderson, Richard, Vincent, and Clarence; and first cousins that she grew up with, Korri Jackson and Tory Long.
Read Less

To send flowers to the family or plant a tree in memory of Stephanie Duwane Long, please visit our Heartfelt Sympathies Store.

Receive notifications about information and event scheduling for Stephanie

We encourage you to share your most beloved memories of Stephanie here, so that the family and other loved ones can always see it. You can upload cherished photographs, or share your favorite stories, and can even comment on those shared by others. 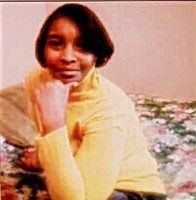