To share your memory on the wall of Tyrone King, sign in using one of the following options:

Provide comfort for the family of Tyrone King with a meaningful gesture of sympathy.

TK confessed his love for Christ at an early age at Brown Missionary Baptist Church under the leadership of Pastor Bartholomew Orr in Southhaven, Mississippi. His favorite scripture was Proverbs 29:11, A fool give full vent to their rage, but the wise bring calm in the end.

TK graduated from Center Hill High School with distinction in 2011. During his time at Center Hill, he received many accolades academically and was well respected. He was elected student council president for the 2010-2011 school year. He worked extremely hard on his campaign with the backing of classmates who supported his vision. They all walked through the halls of Center Hill with t-shirts that read “Vote for Tyrone King CHHS Student Council President 2010-11.”He also won the Allie Awards in 2010 for best performance by a featured actor in the play; Curtain Going Up. Those victories provided TK the drive to lead, motivate and inspire himself and everyone that was connected to him. TK definitely was not a follower. He always marched to the beat of his own drum! It was instilled in him at an early age that failure was never an option.

TK graduated from The University of Mississippi on May 10, 2015 in Oxford, MS. During his tenure at Ole Miss he was a valued member of the Ole Miss Student Government. The ASB president stated that TK spread hope, and light throughout the campus. He successfully earned his Bachelor of Business Administration, Marketing/Minor in Computer Science. After graduation, TK decided to transition back to Atlanta, Georgia . During this time he decided that he had a love for photography. That’s when he created his own brand. What once was a hobby created him the ability to become an entrepreneur. His business consisted of photography specializing in events and web developing. He partnered with We Are The New Atlanta and worked with organizations like, The Keri Hilson Foundation, The Steve and Marjoree Harvey Foundation, Ludarcris Foundation, Streetz 94.5, Microsoft, Samsung, ESPN, Gameday. He also worked at Norfolk Southern Corp as an Information Technology Co-op.

We encourage you to share your most beloved memories of Tyrone here, so that the family and other loved ones can always see it. You can upload cherished photographs, or share your favorite stories, and can even comment on those shared by others.

Alexis Bella Hicks & Debra Whitley, The Mayes Family , and others have sent flowers to the family of Tyrone "TK" King Jr..
Show you care by sending flowers

Posted Feb 22, 2019 at 01:36pm
I am so sorry for your loss, when we lose our loved ones in death it can be a hard time to endure, the pain is often unbearable to take. But Jehovah God has the power to release us from death, he tells us so in the Bible at:(Isaiah 26:19)"He will swallow up death forever, And the Sovereign Lord Jehovah will wipe away tears from all faces." This prophecy tells us that one day we will see our loved ones again in a new world! Isn't that something to look forward too! So please hold onto this hope of seeing Tyrone again and seek Jehovah God to see his promises unfold...
Comment Share
Share via:
PW

Posted Feb 02, 2019 at 09:02pm
I would like to offer my condolences to the family of Tyrone and may God be a refuge and strength in your time of sorrow.(Psalms 46:1)
Comment Share
Share via:
AW

Posted Feb 01, 2019 at 05:35pm
To our angel in the sky - Please watch over us and continue to show us the way. And please know that you'll always and forever be in our hearts.

TK Jr will be missed but never forgotten

Posted Feb 01, 2019 at 12:26pm
My sincerest condolences to you and your family. I praying for strength and healing in the name of Jesus.
Comment Share
Share via: 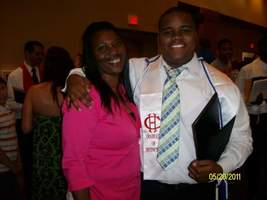 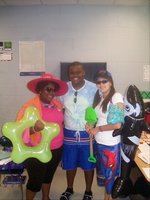 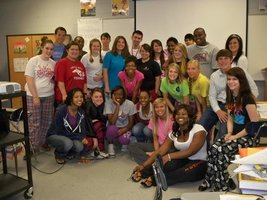