To share your memory on the wall of Virginia Searcy, sign in using one of the following options:

Virginia Dennis Searcy, daughter of the late Nelson Bernard Dennis, Sr. and Katie Bell Dennis, was born July 25, 2020 in Atlanta, Georgia. Virginia was the seventh o... Read More
THE WEBCAST OF THE SERVICE CAN BE FOUND IN THE PHOTOS & VIDEOS SECTION

Virginia Dennis Searcy, daughter of the late Nelson Bernard Dennis, Sr. and Katie Bell Dennis, was born July 25, 2020 in Atlanta, Georgia. Virginia was the seventh out of eight siblings.

After leaving high school, Virginia Searcy worked at the Fairmont Colony Square Hotel in Atlanta, Georgia and was the Supervisor in Housekeeping for her night-shift crew. Virginia then sought employment with the Raddison Hotel, as a Housekeeper. Virginia later gained employment with the Goode Brothers Poultry House in 1980. She furthered her career at Days Inn Cooperate Office in Atlanta, Georgia where she was a Secretary, after putting herself through Business School. Virginia later found her passion and home with H & R Block in 1995, as a Certified Tax Associate. She quickly moved up in the company and transitioned into the role of Office Manager and Tax Instructor for several years. Virginia was employed with H & R Block for 25 years. In November 2001, Virginia began to serve within her community as a Fulton County Election Poll Worker and later Poll Manager for the 9M Precinct. Ms. Searcy worked her last election in June 2020.

Virginia was full of life and enjoyed spending time with her grandchildren, family & friends, and playing a good spades cards game. She enjoyed listening to music and dancing. Virginia was a football fan and always rooted for her Atlanta, Falcons. During her down time, she enjoyed watching her favorite shows: Sandford and Sons, Cowboy shows, The Jefferson’s, Good Times, Perry Mason, Matlock, Andy Griffin Show, In the Heat of the Night, Law & Order, Wheel of Fortune, and so many more.

She was preceded in death by her brothers, Curtis Dennis and Nelson Dennis, Jr. and sister, Shirley Dennis.

To send flowers to the family or plant a tree in memory of Virginia Searcy (Dennis), please visit our Heartfelt Sympathies Store.

Receive notifications about information and event scheduling for Virginia

We encourage you to share your most beloved memories of Virginia here, so that the family and other loved ones can always see it. You can upload cherished photographs, or share your favorite stories, and can even comment on those shared by others.

Posted Jul 23, 2020 at 12:57pm
I will miss Virginia. We worked together at H&R Block for many years. I remember her as an instructor for some of my classes. She was office manager at the Abernathy office for a few years. We studied together along with other coworkers. I've taken her home sometimes. Virginia will truly be missed.
Comment Share
Share via:
L

Posted Jul 21, 2020 at 11:39pm
Mary and the Dennis and Searcy Families, I am so very sorry for your loss. My prayers are with you all. Rest in sweet heavenly peace Virginia.
Pauline Holder, Luther Judson Price High School Class of 1977.

Posted Jul 21, 2020 at 10:48pm
I am sorry to hear of Virginia's passing.I spent a lot of time with her---in class, often she was the instructor, in managers' meetings and working during the off season at H&R Block. She was a hard worker. I took her home a few times. I was hoping to see her again. My friend. I will see you in the morning. May your family remember your love for them. I especially send sympathy to her daughter LaShandra. Oscar Leonard
Comment Share
Share via:
OL

Posted Jul 21, 2020 at 09:07pm
May JOY come in the morning to her family and friends. Virginia and I labored together many years at H&R Block. Your labor is over. Rest in Peace. 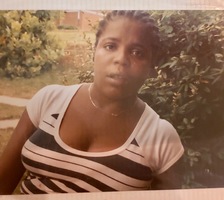 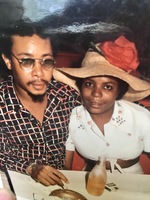 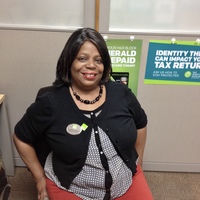